The blessings through our daughter’s amputation⑤ 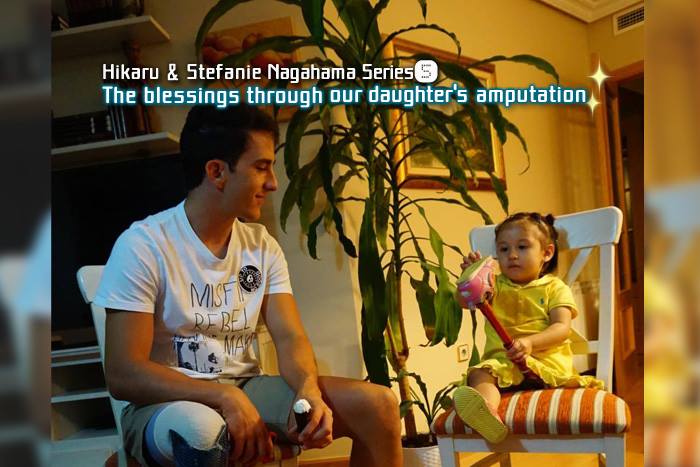 Hikaru Nagahama and Stefanie Santana are the parents of Mia Sachi, who was born missing her entire left leg. Hikaru is a businessman working in Tokyo, and is simultaneously pursuing his Executive MBA studies at IE Business school (university) in Spain. Stefanie is a law student at McGill University in Canada. She is currently living in Montreal with Mia Sachi.

This is the first article of a series inviting the reader to learn more about life as parents of an amputee child. One of the very first things we noticed when we became parents of Mia Sachi was our very limited knowledge regarding amputations and the difficulties of being an amputee in Japan. There are over 14.2 million amputees (1 person /[SVS1] 845 people) and 3.6 million disabled people (1 person / 33 people) in Japan, but it is uncommon to cross one on the streets. This has created misunderstanding about amputees and even taboo about this condition. We want to change the perception surrounding amputees and create equal opportunities for them so that Mia Sachi and millions of amputees around the world could live in a fairer and empathetic society. These series invite you to follow our journey to turn these goals into reality.

The beginning – By Hikaru Nagahama

The Best Blessings of Children with Limbs Difference: The reason for Paralympian’s Strong Body and Mind

Closer Interest in Paralympian with Strong Body and Spirit

Mia was born in January 2016. I remember this was the year of the Paralympic Games were held in the new Rio de Janeiro, Brazil. As I was watching TV, I casually tuned to the Paralympic Games. At first, I just thought that I t was great to see people with various differences in the world keeping so active. I did not reflect deeper about it.

However, when Rio’s Paralympics was over, I wondered what kind of background led Paralympians to develop strong physical body, and spirit? How can they cope with difficulties and become such performant athletes?

What came to my mind was Mr. Lee’s son Zy-Kun, whom I talked about in my previous posts. Despite his limb difference he is a great swimmer and keeps active. His father often posts on social media Zy’s videos and pictures, where he shows his abilities. Having personally met Mr. Lee, I do believe that his support makes all the difference in Zy’s life.

Knowing Lee’s family story, I grew curious to know how parents of Paralympians support their children. I thought there was a great lesson to learn from them and wished to meet them.

In October 2017, the opportunity to meet a Paralympian finally came up. I told my graduate school mate Alfonso Munoz Acevedo that I would like to meet and interview a Spanish Paralympian. Alfonso said that thanks to his involvement in the Paralympic Association, he could introduce me to a Paralympian.

Thanks to Alfonso, I was able to meet the Spanish Paralympic star Alberto Avila Chamorro. 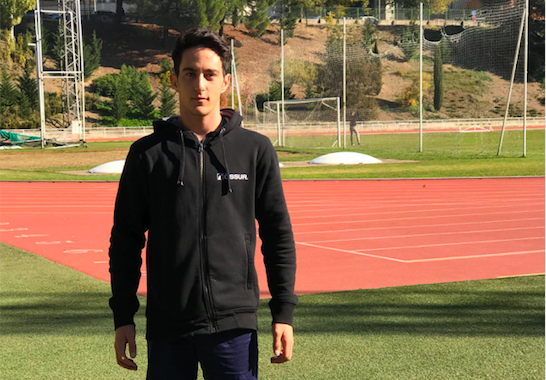 In a chilly October morning, I met Alberto at a sports facility owned by the Ministry of Sports of Spain. He smiled gently and talked to me as I was careful not disturb other’s training.

At only 20 years old, Alberto is a rising Paralympic star in Europe, having achieved the third place in skiing while still in his teens. He is also a model and influencer. Currently, while attending university, he continues his athletic career and also performs as a motivational speaker at various locations.

Even though I was a total stranger at the time, he answered my interview carefully. In particular, I was interested to know more about Alberto’s parents. When I asked about his parents attitude, he answered, “My mother always took me to outdoors activities and encouraged me to participate in sports” I was convinced that just having a conversation with Alberto would be a great way to learn about his parents’ attitude. However, I took a risk and I asked if I could also interview his parents, and he gladly agreed. 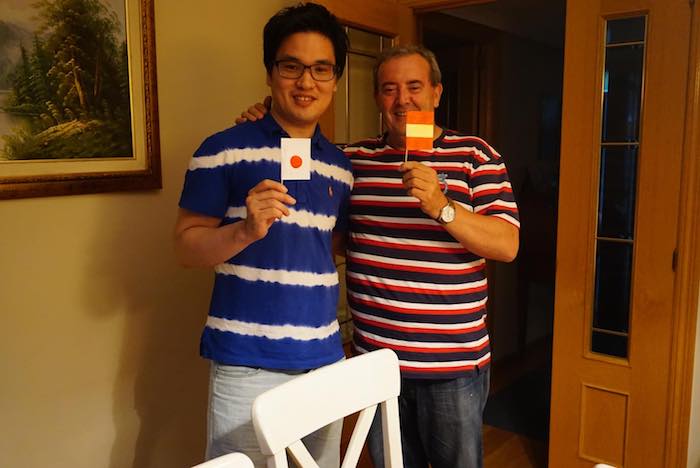 Four months after I met his parents and a year after, I had the chance to take Mia and my wife, Stefanie to meet them as well. When I asked Alberto’s parents, how they raised Alberto, they gave me three simple points:

First, raise up your child with no special treatment.
Second, get your child excited about sports.
Third, parents have to keep strong.
This last point requires “strong will” and “bold behavior”. This was explained by Alberto’s mother with an experience they lived. 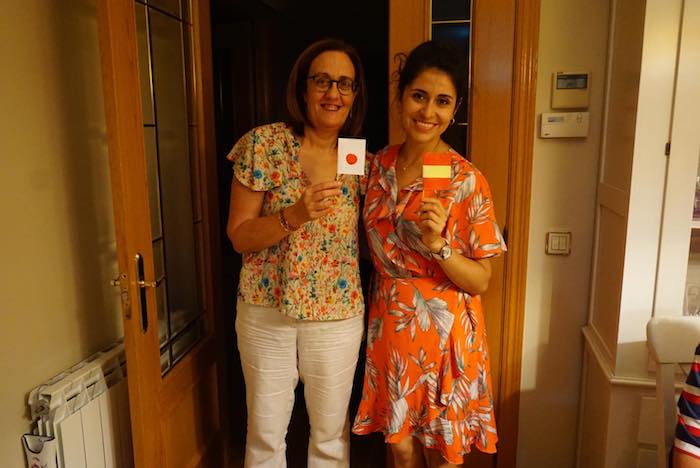 In one of their family trips to the beach, many people were looking at Alberto’s prosthetic limb. Alberto was only a young child and was hurt and crying by such negative attention. His mom took him by the hand and told him “Come, instead of letting them hurt you with their looks, let’s make them feel embarrassed for looking at your leg” So they started walking back and forth in the beach and anytime someone will look at Alberto’s leg in a negative way, they will approach that person and say out loud, “what are you looking at?” Immediately, the person would stop staring and mind their own business. This was an empowering experience for Alberto who took pride in his leg and stopped crying.

I think that when people see a difficulty they had never experienced, they react badly, by staring in a negative way, and they wrongfully think that people facing those challenges are worth of their pity. At that time, a strong will and a bold action can make all the difference. 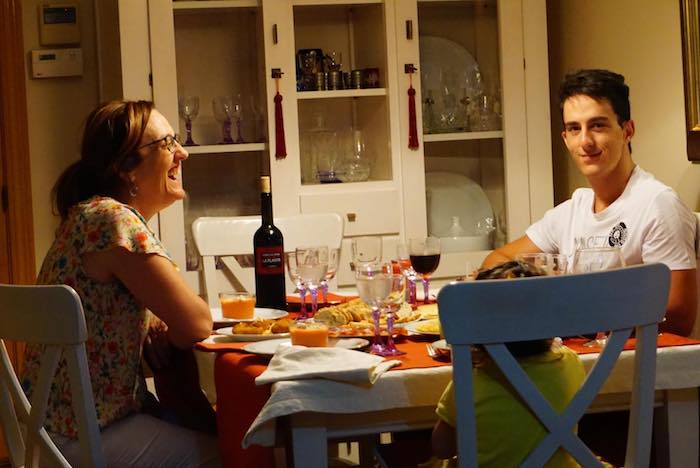 The “innocent mistake” experience with the elevator

Episodes similar to the one of Alberto’s family are lived everywhere by amputees. At bus stops, trains, schools, clubs, and everywhere, amputees are exposed to people’s gaze and unfriendly words.

However, not all people have wrong intentions, it often happens that they are not familiar with this challenge and they don’t have assertive words or the right attitude.

My family had experienced such events pretty much in a weekly basis in Canada,

One memorable episode happened last winter in Toronto. Mia was sitting on her stroller and her artificial leg was pointing to the ceiling, giving the illusion that Mia was extra flexible. We were in the elevator and a family of four got inside. The father saw Mia’s leg and friendly said: “Wow, you are flexible” and all the looks were directed to Mia’s prosthesis pointing to the ceiling. Immediately after they realized it was actually a prosthetic leg. The elevator suddenly became silent and the atmosphere turned awkward. Stefanie and I had to contain our laughter until the family left the elevator.

How great it would be to live in a society where experiences of Amputees and their families can be shared without stigma, meet great people, get advice to overcome challenges, grow strong little by little and enjoy any situation.

Thanks to Mia’s amputation, I was able to meet wonderful people in many different countries: Thailand, Canada, Spain, and Japan. These are blessings that I cherish deeply.

I have the dream to draw together the amputees and their families all over the world in a platform to share our experiences, advice, and give group support. How this can help to improve our lives! 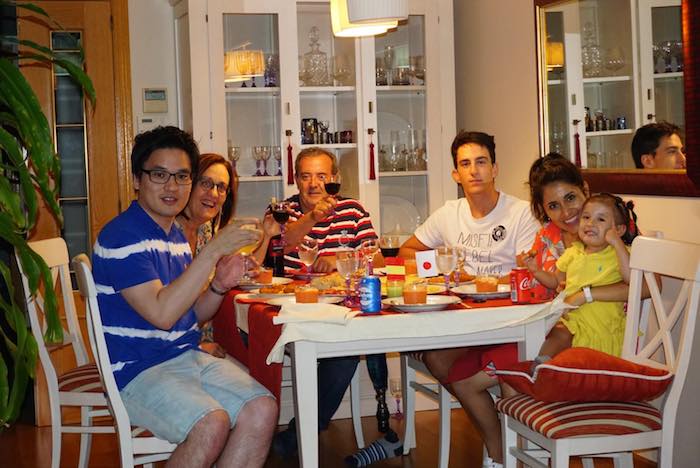 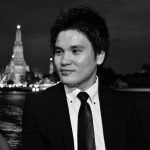 他の記事を読む
Since my first daughter was born with amputation of her entire left leg, I’ve started to aspire to assist amputation children in different countries and environments around the world who would be able to build their lives with rich experiences and to actively exercise their unique talents in society without any barrier. That is my part of life works to support such children.
関連記事 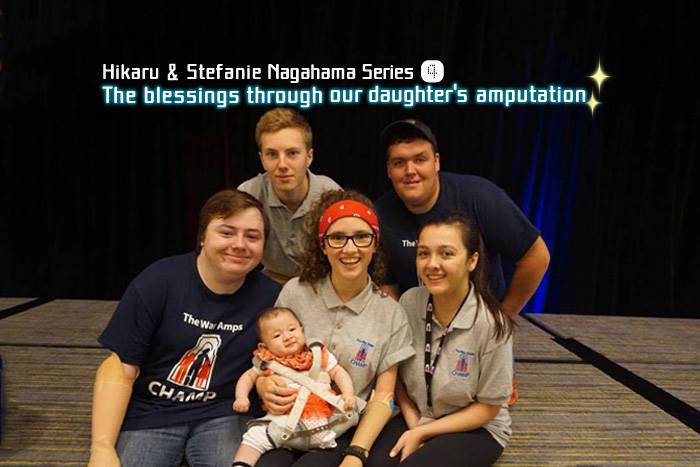 The blessings through our daughter’s amp…
活動テーマ 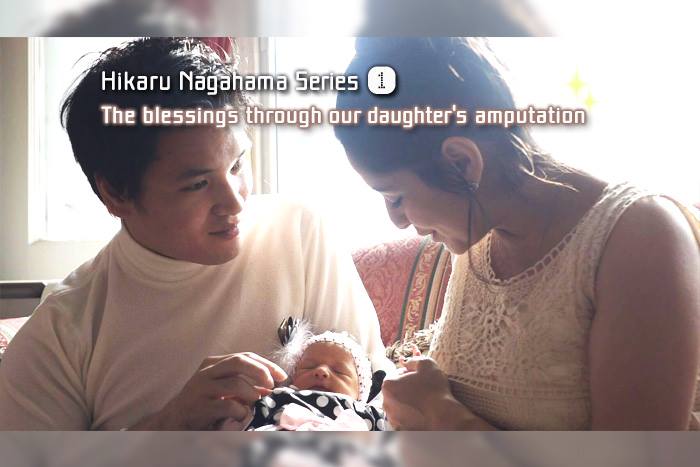 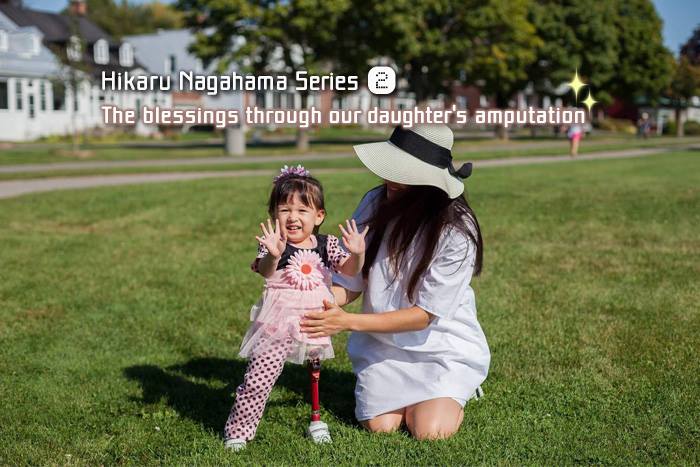 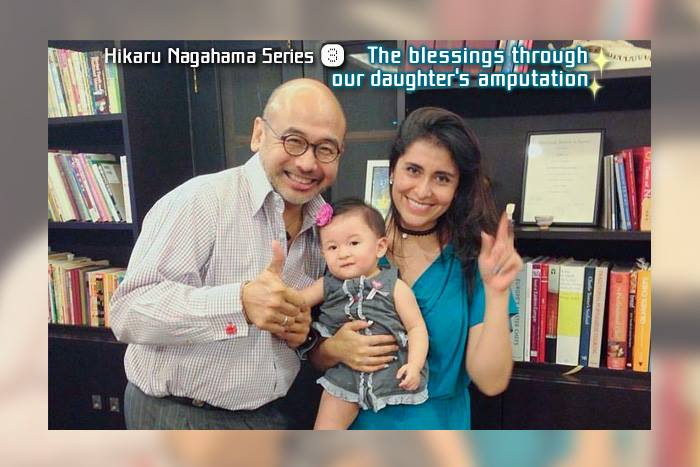 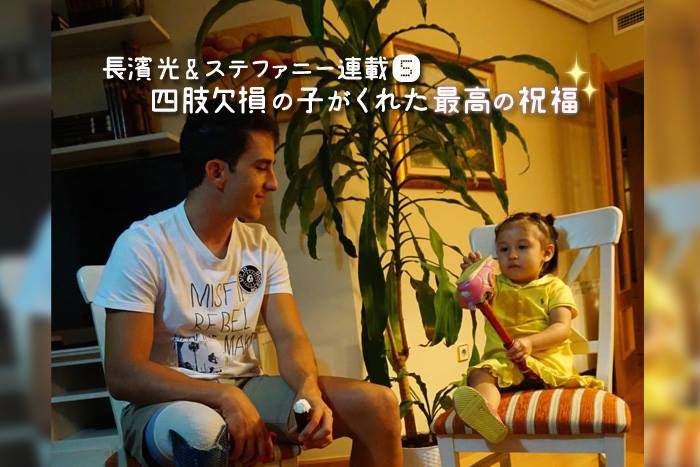 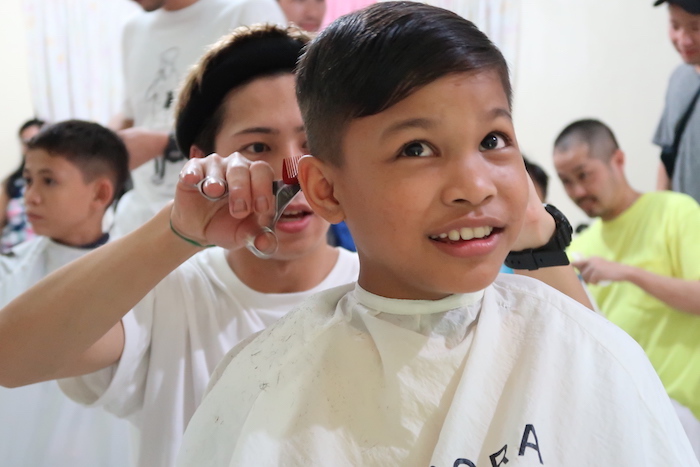